Established in 1970 by the efforts of 14th Mahanth Sri Satanand Giri of bodh Gaya, this college is a premier institution for co-education in the region. it is situated on the N.H – 02,in the sherghati sub-division which consists of Nine Blocks and 27 lacs population with a view to meeting the proper requirements and fulfilling the academic thirst of the students of the locality ,this college has been imparting education to more than 5000 students in various Diploma and Degree courses in different faculties.

The location of the college on the bank of Morhar River in the lap of the nature and its quality of teaching, facilities for extra-curricular activities including NSS and sports and availability of big playgrounds inside the campus make it the most desired institution thought out the district.

The college is very grateful to Late mahanta Sri jai Ram Giri,Late Mahanta Din dayal Giri,Social Activist Late Ramballabh pd singh (Balababu).Late Yamuna pd singh as well as to the founder teacher and non-teaching employees of the college, the devoted citizen of sherghati,guardians and students for their praiseworthy roles played specially during the primary stages of the college.

In the very year of establishment in 1970,MU Granted it affiliation up to Honours levels in Arts and Science faculties .Examination center was allotted to the college in 1971 for the first time.the college was converted into a constituent unit of MU on 29th sept 1980 and was registered under 02(F),12(B) of Ugc in February 1982.The main Building of the college was built in 1984 by the positive attitude of the then V C Late Fahimuddin ahmad late Satyendra Dubey Memorial Science Building and Honesty Tower was inaugurated and handed over to the college on 08th may 2010 by Late Sakil ahmad khan, forever Minister and Advocate, Patna High Court. The Worth of the college was further elevated with the beginning of BCA Honours course in 2009,and the launching of the BBM and BLIS Course in 2012.Besides these, it is a matter of great pride for us that UGC Sponsored free programmers for various competitive Exams, Remedial Coaching For SC,ST,Backward and Minorities, career and Counseling cell and UGC Network Resource Center have also been started in 2010.

Thought speedy progress and satisfactory growth have been witnessed during the short period, but in the Modern Age of Globalization and Information Communication technology, the college has stll to cover a long distance.NAAC Accreditation is still before us for which infrastructure needs to be uplifted. I always keep the following lines of the great English poet, Robert Frost in my mind for constant inspiration.

The woods are lovely dark and deep

But I have promises to keep

And Miles to go before I sleep.

May God lush the future of S.M.S.G College with infinite happiness! 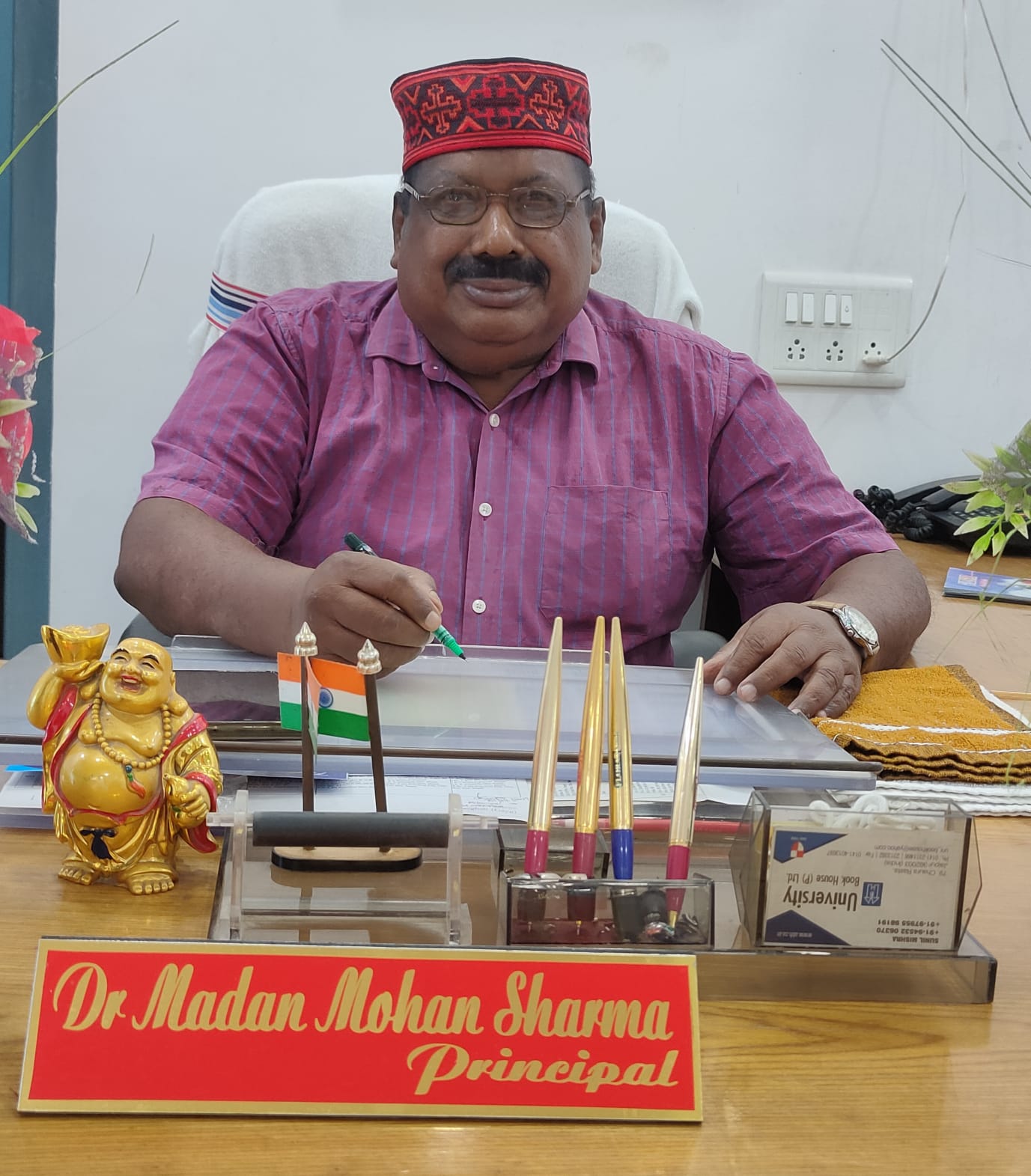